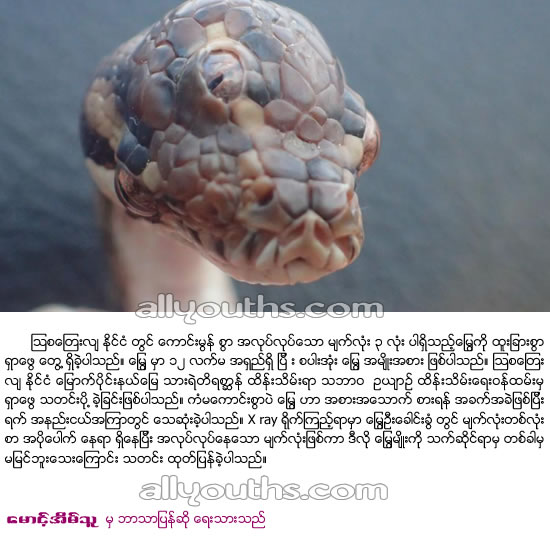 A snake with three functioning eyes was discovered in Australia. The 12-inch python, which was found by Northern Territory Parks and Wildlife rangers, had a misshapen head, but all of its eyes were functioning, according to reports. Unfortunately, the reptile was having problems eating and died. An X-ray later showed the snake had one skull but an extra eye socket.